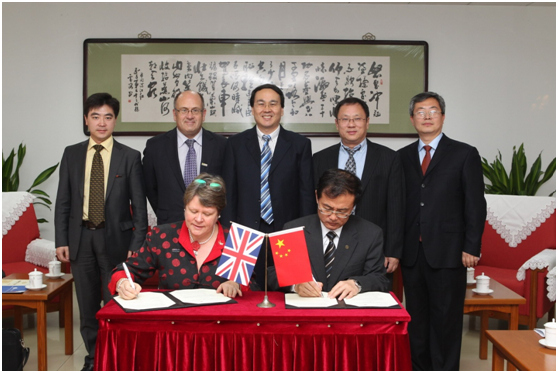 After sixteen years as an academic researcher and university lecturer at Cambridge and Nottingham universities, Julia King joined Rolls-Royce plc in 1994.  At Rolls-Royce, she held a number of senior executive appointments, including Director of Advanced Engineering for the Industrial Power Group, Managing Director of the Fan Systems Business, and Engineering Director for the Marine Business.   In 2002 Julia became Chief Executive of the Institute of Physics, and in 2004 she returned to academia as Principal of the Engineering Faculty at Imperial College, London.  In December 2006 she became Vice-Chancellor of Aston University.

Julia is a member of the Board of Universities UK and Chair of its Employability, Business & Industry Policy Network, and is Chair of the Higher Education Statistics Agency.

Julia is regularly called upon to advise Government on education and technology issues, she is a non-executive director of the Department for Business Innovation & Skills and a member of the Committee on Climate Change, and was appointed by the Prime Minister in November 2010 as the UK’s Low Carbon Business Ambassador. Julia was also a member of the independent review of Higher Education Funding and Student Finance, led by Lord Browne, which reported in October 2010. She has advised the Ministry of Defence as Chair of the Defence Scientific Advisory Council and the Cabinet Office as a member of the National Security Forum, and was a non-executive member of the Technology Strategy Board for five years. Julia is a member of the Governing Board of the European Institute of Innovation and Technology and of the World Economic Forum Automotive Agenda Council.  She led a Royal Academy of Engineering Working Party on ‘Educating Engineers for the 21st Century’ which published its final report in June 2007, and plays an active role in encouraging women and young people to go into science and engineering-based careers.

Julia was appointed by the Chancellor of the Exchequer in March 2007 to lead the ‘King Review’ to examine the vehicle and fuel technologies that, over the next 25 years, could help to reduce carbon emissions from road transport. The interim analytical report was published in October 2007, and the final recommendations in March 2008.

Julia’s academic work includes over 160 papers on fatigue and fracture in structural materials and developments in aerospace and marine propulsion technology.  Her research has been recognized through the award of the Grunfeld, Bengough, Kelvin and John Collier medals.  In 1997 she was elected to Fellowship of the Royal Academy of Engineering and was made a CBE for ‘Services to Materials Engineering’ in July 1999.  She is a Liveryman of the Goldsmiths’ Company, an Honorary Graduate of Queen Mary, London, and an Honorary Fellow of Murray Edwards College, Cambridge, Cardiff University, The Society for the Environment and the British Science Association, and the recipient of the 2011 Lunar Society Medal.